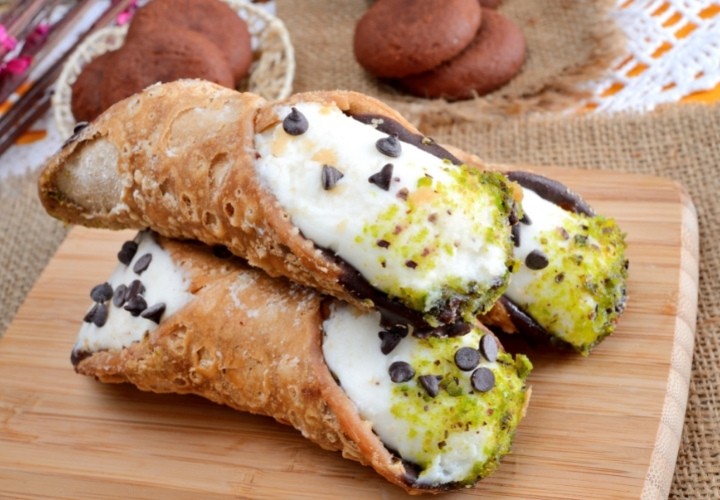 There are a lot of recipes you can improvise with, but when it comes to Sicilian Cannoli, it has to be authentic. That’s why I’ve spent a fair amount of time experimenting and researching and on this journey, I’ve realized that to share the recipe, it is important to know some background of this recipe first.

The history of the well-known Sicilian Cannoli

The heritage of the famous Sicilian cannoli goes way back and it Moorish Harem, Monasteries, and a special kind of flour.

Sicilian Cannoli. This crisp, tube-shaped cake is filled with ricotta cheese and it’s almost impossible not to love it. It is impossible to imagine a trip to Sicily without eating Cannoli; it is like a weekend in Germany with no Bratwurst sausages, cabbage, potatoes, or Beer. Not to mention Paris without croissants.

They are officially called Cannoli Siciliani in Sicily. One is sufficient, even though their sizes vary from 3.5 – 7.8 inches (9-20 cm). It is also commonly known as cannolo, even though it is singularly cannolo. It is a complicated story. It starts with one and ends with the entire dish.

They are available all over the world, but you should still try them right where they were made. Similar story to the one of Sorbillo and L’Antica Pizzeria Da Michele. It’s about more than self-suggestion. 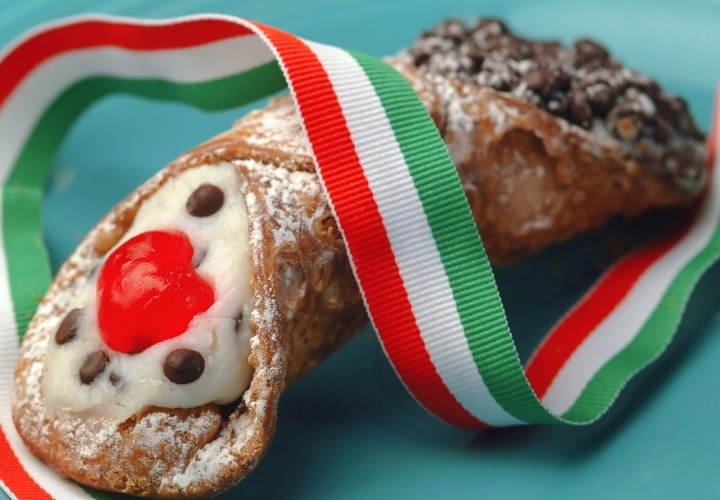 If you like this cannoli recipe, you must try these Maritozzi (Italian Sweet Bun)!

Every food has a story. The history of Sicilian Cannoli is found in Caltanissetta. This gives another perspective on the delicious pastry. It can be accompanied with chocolate, candied fruit and bits of Italian pistachio.

Caltanissetta, located in central Sicily is often referred to as the birthplace of Cannoli. This delicious delight is often called “Moses’ staff” or “King’s scepter”.

All this was at 568 meters (1,864 ft), the second highest point of Sicily (after Ena at 912 meters 2992.13ft). Caltanissetta is derived from the Arabic kalat-nisa which means Women’s Castle.

Although there are many myths and legends about the origins of this delicious delicacy, there are also some historical facts that can be trusted: Caltanisset was established by Arabs. There was likely (sadly) a harem that housed the emir and the women who were responsible for creating the cannoli recipe. Some Arabic words are still spoken today by the local population.

Caltanissetta used to be a strategic outpost and one of the largest Arab centers in Sicily. Pietrarosa is one of the most significant castles in Sicily. It was built in the 9th Century as a military watchtower on the Salso River, which is where the city was developed. Only a remnant of the “Redstone” is left today. 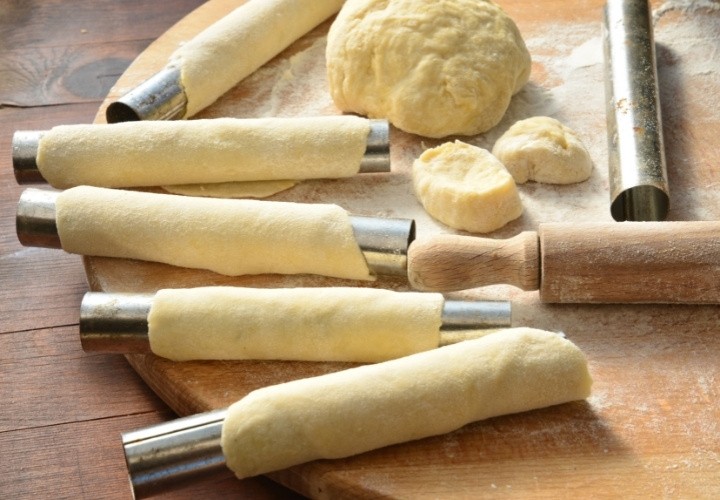 For hundreds of years, Sicily was under Arab rule. This left behind a rich legacy, including culinary traditions, and cult dishes like the famous Sicilian pastry.

One of the stories often associated with “Women’s Castle”, who created the tradition of stuffing puff pastry filled with ricotta as a way to welcome their loved ones when they arrived from Palermo, northern Sicily. Cannoli was the perfect dessert to make upon arrival.

The hollow shell was created by wrapping the dough in thick, imported, and cultivated sugarcane. This grew in the surrounding areas, creating tube-shaped biscuits that have a crunchy, bubbly, rough surface that resembles volcanic craters.

The hard “zest”, which is the outer shell of Sicilian Cannoli, remained fresh for days. It was then stuffed with fresh sheep’s milk ricotta just before it was served. This ensured that it remained firm.

From the harem up to the monastery

Another legend states that Cannoli was moved from harems into nearby monasteries in later years, and became very popular among local nuns. “When the Norman Empire rose in 1086, Arab rule was ended. The Arabs were not expelled. They converted to Christianity and became part of society.

Local historians claim that the “Women of the castle” passed their recipe on to the nuns. They had a long tradition of making Cannoli as a dessert. 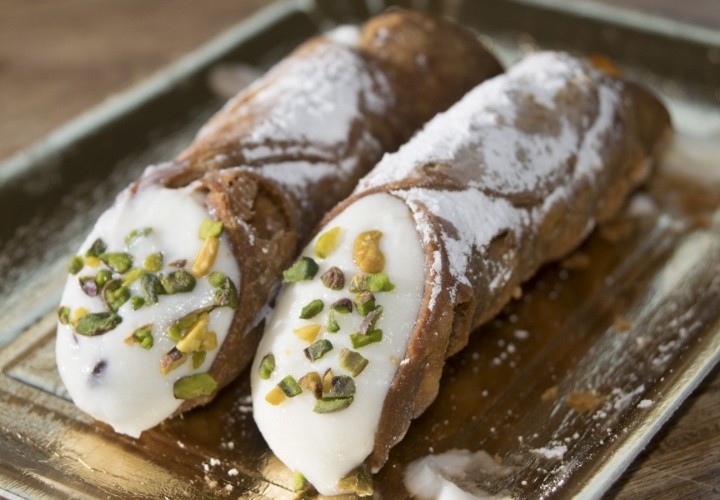 Lilo Defria is a Caltanissetta “master” who has been making desserts for over 25 years and also keeping track of their history. He was awarded numerous recognitions and awards, including the “Star for Labor” assignment by the President of the Republic for his “exceptional merits in competence, diligence, and morality during his work”. His efforts were also a part of the promotion of the cultural tradition of Sicily.

Caltanissetta’s ancestors cultivated a soft, diverse, and delicious variety of wheat flour that was perfect for desserts. This was the first type to make cannoli, and it was originally filled with ricotta and honey. This type of flour called maiorca flour is still produced in Sicily by the old stone mill.

The local masters make cannolo with sheep and goat ricotta today. However, they also use sheep’s milk which, according to confectioners, is more delicious and easier to digest. Also, vanilla, pumpkin seeds and chocolate are added. Cannoli can be enjoyed with coffee or as a dessert after a meal. It is a timeless symbol of the multi-culturalism of all Sicilians.

Even the most skilled Sicilian chef will admit that it is difficult to make cannoli shells. The dough is made from flour, lard and Marsala. It can also be sugar, egg, cocoa powder, cinnamon or orange zest.

When frying, it must be wrapped carefully around a rod. Cannoli are a popular dessert all over the globe. They taste best when they are filled right before eating to preserve the contrast between the creamy center and the crisp outer layer.

Although the shells are typically fried, there are many pastry shops and cookbooks that offer baked versions. Vacuum-packed shells are also available commercially. They used sheep’s or goat’s milk ricotta in Sicily for their cannoli.

The fillings for cannoli are varied around the globe, from whipped cream to pastry cream and custard to cow’s milk cream ricotta.

Luigi Falanga is the owner of Falanga a prestigious Sicilian pastry business. He says that the secret to great cannoli fillings is to let the ricotta mixture and sugar rest in the refrigerator overnight. This allows the sugar to dissolve and the cheese to combine seamlessly to give it that rich mouthfeel.