Chick-fil-A Mac and Cheese, a last year’s addition to the Chick-fil-A menu, has swiftly gone to the top of the favorite menu item list. While nothing beats buying it at the restaurant, we’ve created a Chick-Fil-A mac and cheese recipe that will quickly become a household favorite.

If you like Chick-fil-A, you must never forget to get the Mac & Cheese! Their mac and cheese is arguably among the best available. The mac and cheese, made with a variety of cheeses, Is creamy, gooey, rich and just fantastic. It is one of the most popular things on their menu, and both children and adults like it.

You don’t have to look elsewhere if you would like your homemade mac & cheese to taste like Chick-fil-A’s. We’ve created a fantastic copycat recipe that will provide you nearly the same results as purchasing it in Chick-Fil-A – however, we think the homemade flavor is even better.

My kids loved it, and to be frank, everyone that tried it, did too. It takes conventional macaroni and cheese to the next level, and I don’t think there will be a dissatisfied guest in the house with this dish.

Chick-fil-A’s new Mac & Cheese is cooked fresh every day, and the formula is more sophisticated than you’d imagine from a fast-food chicken restaurant. According to the published ingredient list, the recipe contains many types of cheese, including Parmesan, Pecorino Romano, famous Italian cheese made of sheep’s milk and BellaVitano, a prize-winning hard cheese from Wisconsin.

The BellaVitano cheese lends a delicate nuttiness to the blend, and all 3 hard kinds of cheese contribute a strong umami taste that balances the white and yellow cheddar combination perfectly. Together five types of cheese combine to provide such a wonderful taste, but the mixture could dissolve into a greasy mess if it wasn’t for the help of one additional common cheese: American. 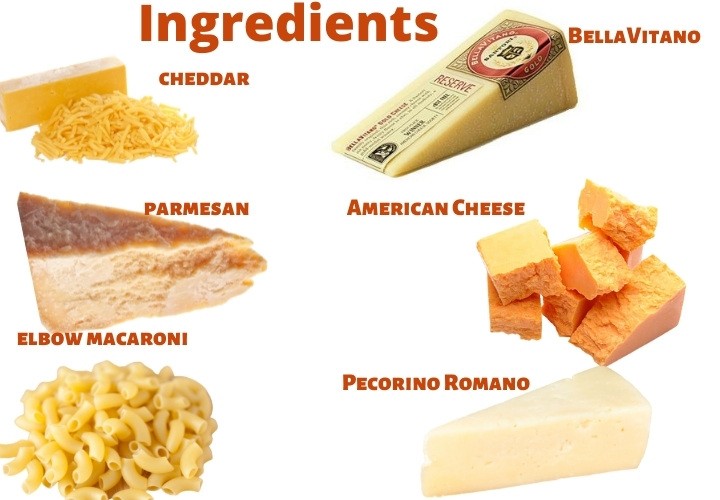 The value of American cheese is found in the sodium citrate it contains, which balances for its lack of flavor. This organic sodium salt acts as an emulsifier, preventing the fat within cheeses from breaking. We don’t need to prepare a roux to make a wonderfully smooth cheese sauce since we first melt several pieces of American cheese in the milk.

Another trick for cooking the macaroni: don’t follow the guidelines on the package for al dente macaroni since you don’t want the macaroni to be al dente, or somewhat hard. Cook the elbow macaroni for twenty minutes to allow it to soak as much water as possible.

This guarantees that the macaroni does not absorb fluid from the cheese sauce when mixed and that the sauce remains flawlessly creamy. 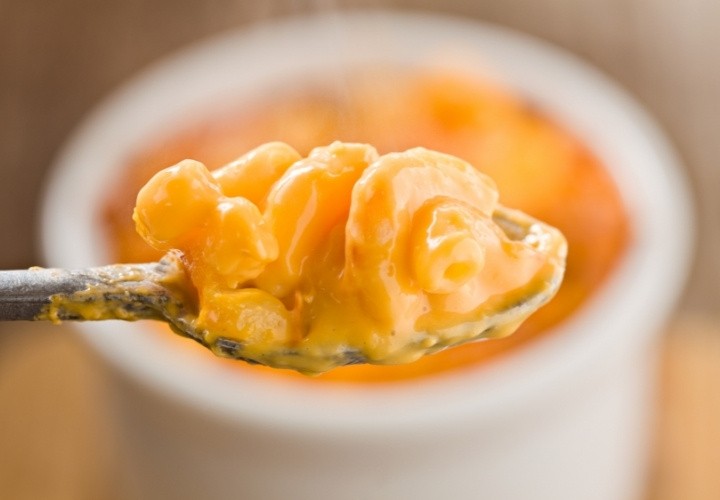 Chick-Fil-A recipes on our website are very popular, and no wonder, because we take a lot of trials and errors until we get it right, or at least the closest to the real thing. So I highly recommend you check some other popular Chick-Fil-A recipes below:

How to Make Chick-Fil-A Chicken Minis

What about Chick-Fil-A Chicken Sandwich and Mac and Cheese Combination?

You can also combine the Chick-Fil-A mac and cheese with your favorite burger for an amazing experience, like in the photo below. 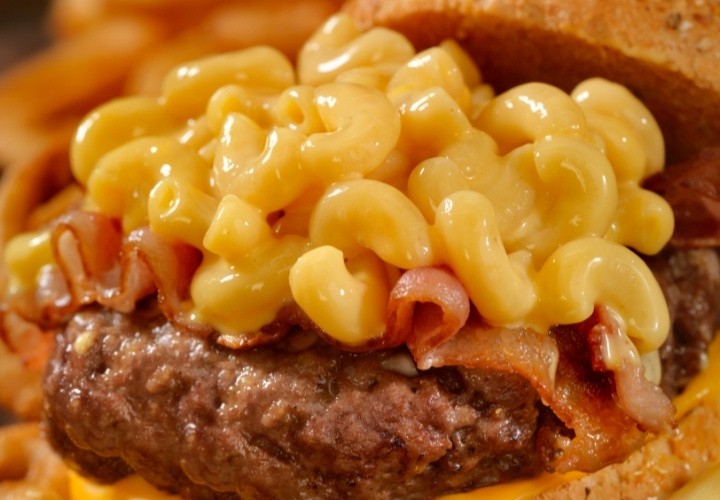 Can I make Chick-Fil-A mac and cheese in advance?

You can! You can make Chick-Fil-A mac and cheese up to a day in advance and store it in the refrigerator uncooked — I highly suggest you wait to add the cheese for the day of baking.
If you wish to save it for afterward, place it in the freezer uncooked and well wrapped for up to 3 months.

Can I put Chick-Fil-A mac and cheese in the freezer?

Absolutely, if you have mac and cheese leftovers, you may store them for up to 3 months in a freezer-safe storage container. Be careful that it will most likely not be as wonderful when reheated.

How long can I keep Chick-Fil-A mac and cheese in the fridge?

It should preserve for 3-5 days in an airtight container.

This recipe is meant for around 6 servings of mac and cheese.

So, there you have it. Like most Copycat recipes this Chick-Fil-A mac and cheese isn’t only about the ingredients, you have to know a few tricks also. I hope you’ve enjoyed it and if you have any questions, or issues with this mac and cheese, please let me know in the comments section and I’ll get back to you as always.