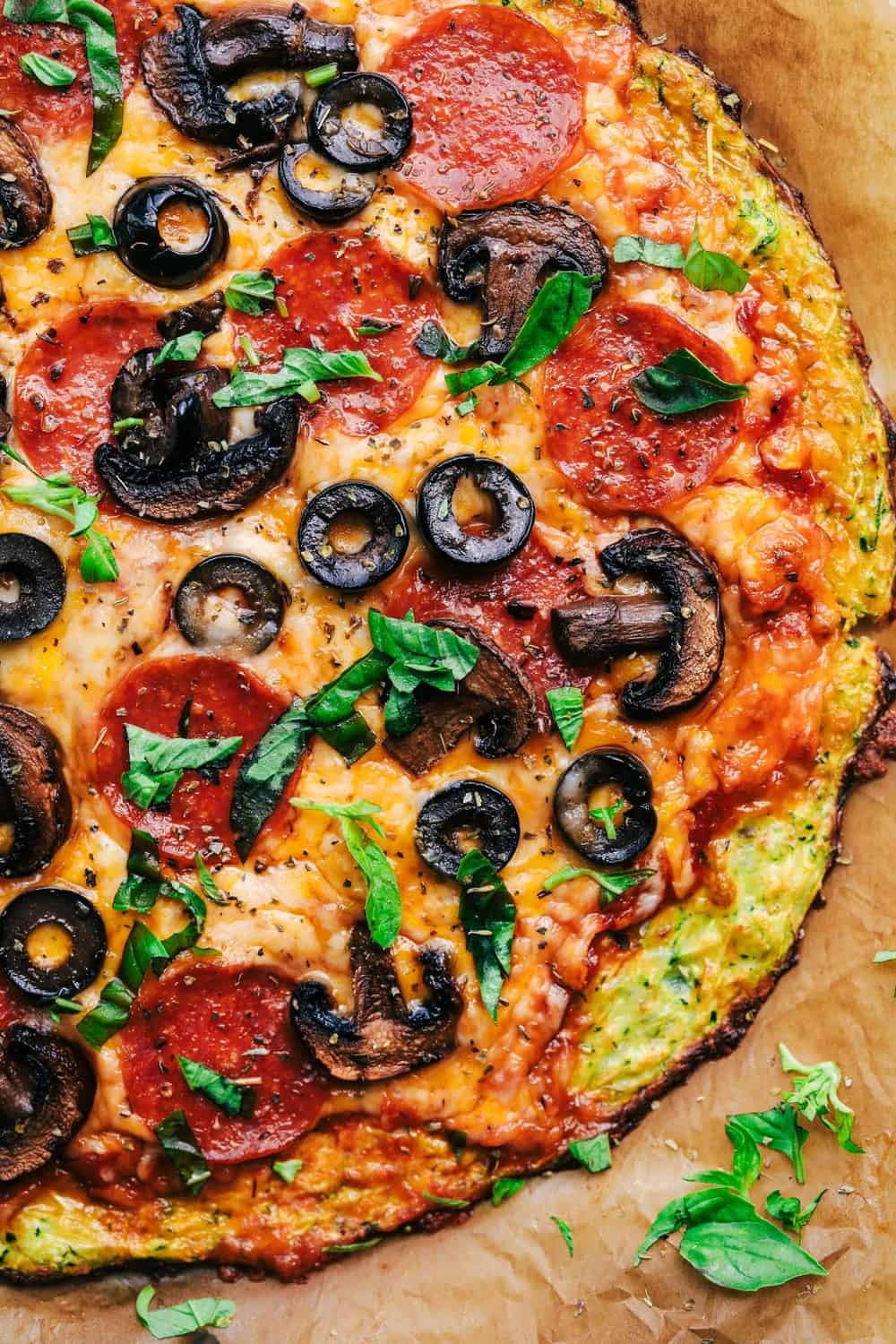 Zucchini Crust Pizza easy recipe is perfect if you want healthier with low amount of carbs, but also so delicious that your friends and family will love it.

What you need for perfect Zucchini Crust Pica

The ingredients for the crust are eggs, Parmesan cheese, mozzarella cheese, flour and of course zucchini. There’s no better way to sneak in the healthy veggies for the kids, than to make a pizza. The cheese and your favorite toppings will make them ask for more.

How do you make zucchini crust for the pizza?

Pin the image below if you like this Zucchini Crust Pizza Recipe!