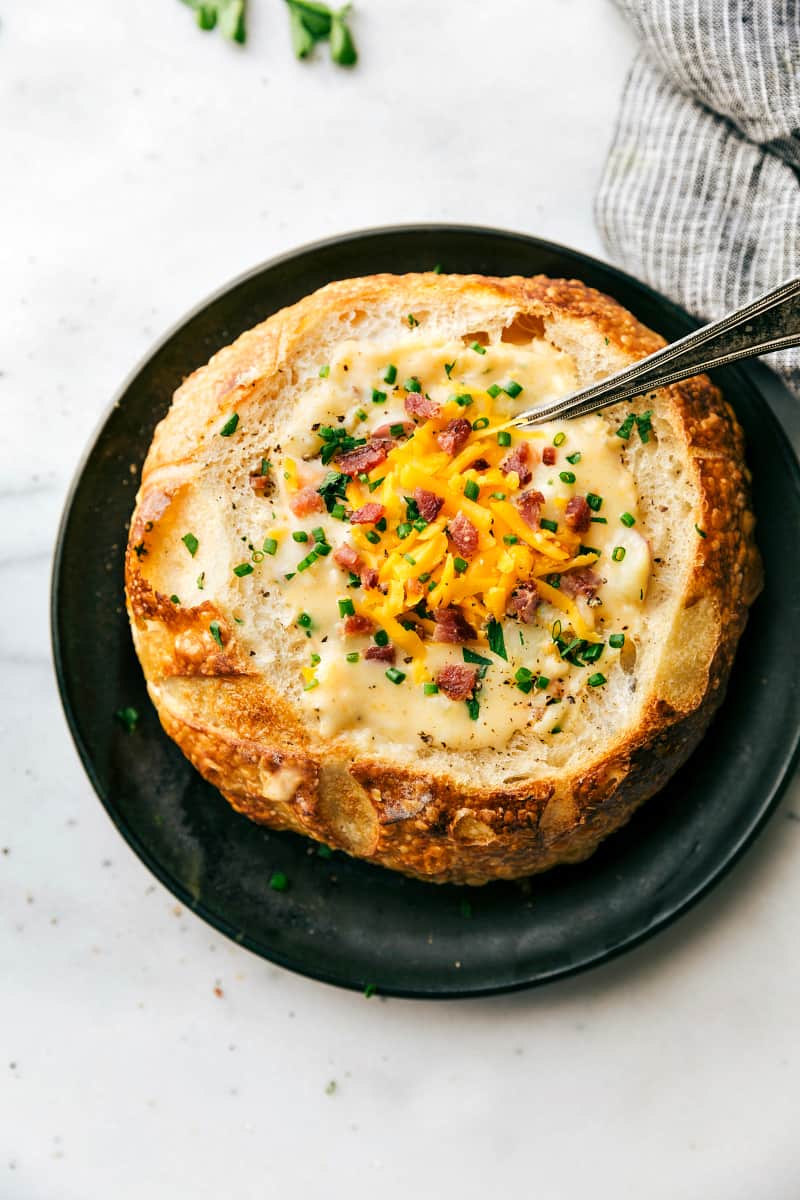 Red Potato Creamy Soup is the soup your whole family will enjoy. Filled with baked potatoes, chives, cheddar cheese, sour cream and bacon, this soup totally fits into a category of comfort foods.